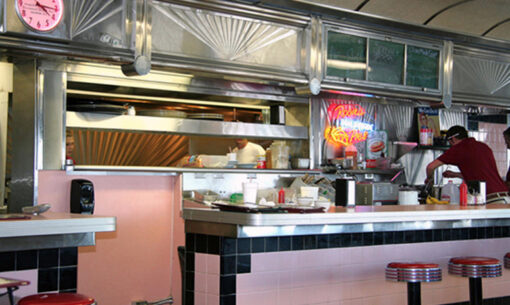 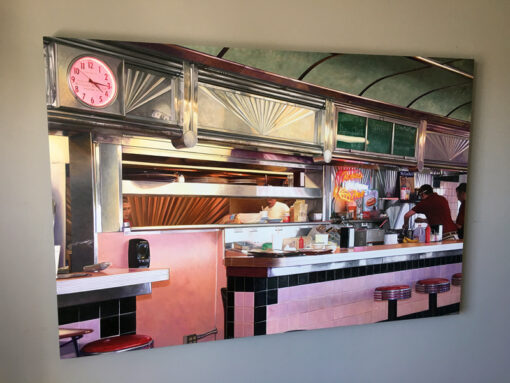 This is the original oil painting by world-renowned photorealist Randy Ford.

This is the original oil painting by world-renowned photorealist Randy Ford.  Haledon Diner is Ford’s seminal painting.  One cannot appreciate this huge, incredible painting on a computer screen.  In real life, it is absolutely uncanny.

Note from the artist about the painting:

“New Jersey has long been acknowledged as the diner capital of the world. My painting is in homage of that fact and is based on a diner currently located in Cedar Springs, Michigan. The dining car originally opened during the 1940s in Little Ferry, New Jersey, as the Silver Dollar Diner. After multiple commercials were filmed in the diner for Bounty paper towels with fictional character Rosie the Waitress, the diner was renamed Rosie’s. Previously offered to the Smithsonian Institution, the restaurant was sold in the 1990s to a Michigan artist who had the building moved to its current location next to another diner. A third diner was later moved to the site from Fulton, New York. A series of replicas were built as part of a chain of restaurants in the Denver area.”

Note also that the artist has offered to include with this purchase a small personalized painting of the same theme for the buyer. 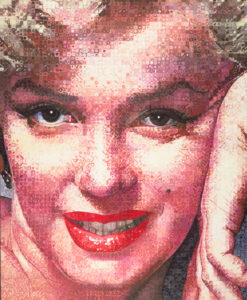 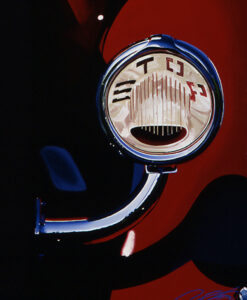 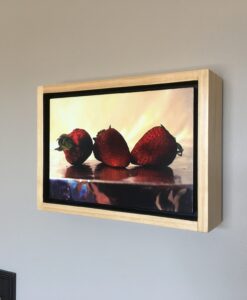 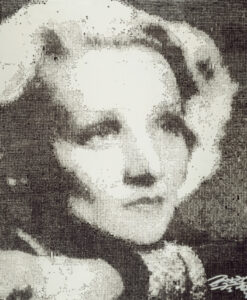